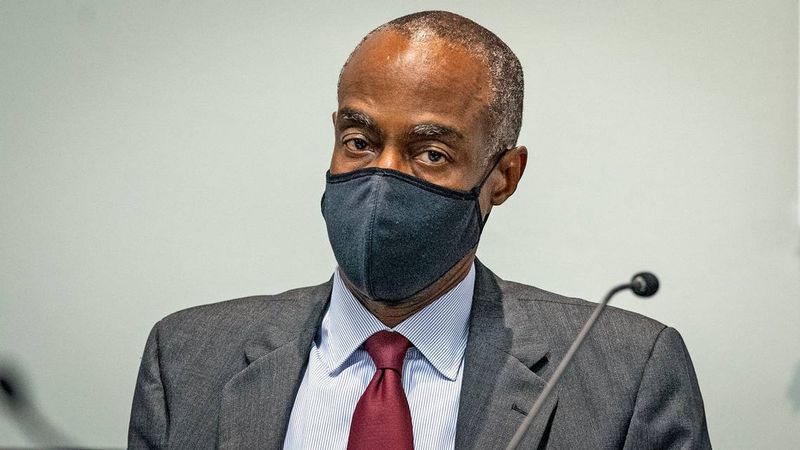 Runcie said, however, that it was not specifically the felony perjury count in which he’s been charged that led him to resign, but rather the continued blame he’s received for the events leading up to the Feb. 14, 2018, mass shooting at Marjory Stoneman Douglas High School in Parkland, which left 17 students and faculty dead.

“I will step aside so you can have the peace you are looking for,” Runcie told School Board Member Lori Alhadeff, whose daughter Alyssa was killed in the shooting when she was only 14.

The school board held a special meeting Tuesday to discuss the situation of Runcie and Myrick, who were both arrested last Wednesday related to a grand jury investigation.

Related: Broward schools chief Robert Runcie: ‘I will be vindicated.’

Alhadeff and several other Parkland parents blamed Runcie for creating the conditions that led up to former Stoneman Douglas student Nikolas Cruz to target the school.

School Board Chair Rosalind Osgood, along with a yet-to-be appointed attorney, will negotiate a separation agreement with Runcie and Myrick, which could be voted on during the School Board’s meeting Thursday.

Earlier Tuesday, Runcie released a video statement saying he would be vindicated following his arrest and grand jury indictment earlier this month on a perjury charge.

The video, released through the school district’s public information office, not his attorneys, repeated much of the same sentences his lawyers sent to reporters last Wednesday, the day he was arrested by state law enforcement agents.

“I am confident that I will be vindicated, and I intend to continue to carry out my responsibilities as superintendent with the highest degree of integrity and moral standards as I have done for nearly 10 years,” said Runcie, who is charged with lying to a statewide grand jury investigating whether school districts were complying with state school safety laws.

The Legislature passed the laws after the shootings at Marjory Stoneman Douglas High.

Runcie also repeated what his attorneys have been saying, that is, the grand jury indictment was politically motivated.

“It’s a sad day in Broward County and across Florida when politics becomes more important than the interests of our students,” Runcie said.

About 20 people signed up to speak at Tuesday’s School Board meeting, almost all in favor of Runcie keeping his job.

Runcie’s supporters criticized the board for discussing Runcie’s employment based solely on the indictment. The group included a wide swath of interests, from clergy, local government and business groups. They praised Runcie’s leadership and the improvements made under his guidance.

Bob Swindell, chief executive officer of the Greater Fort Lauderdale Alliance, an economic development organization that, among other things, works to train students for the working world, said Runcie has been more active with the group than any of his predecessors.

“We need Superintendent Runcie to remain at the helm of our schools on behalf of our children,” Swindell said.

Likewise, Dan Lindblade, president of the Greater Fort Lauderdale Chamber of Commerce, urged the board not to take any action against Runcie this early in the legal process.

“Let this play out in the court of law,” Lindblade said.

Broward County Commissioner Dale Holness said there has been an effort to get rid of Runcie since he was hired in 2011. The School Board extended his contract in 2017 to 2023, his second contract extension.

Holness noted that the grand jury wasn’t impaneled until after Gov. Ron DeSantis publicly said a month after he became governor that he could not by law remove Runcie because he was a School Board-appointed official, not elected.

“Do you wonder why the public thinks there’s something sinister in the charge,” Holness said.