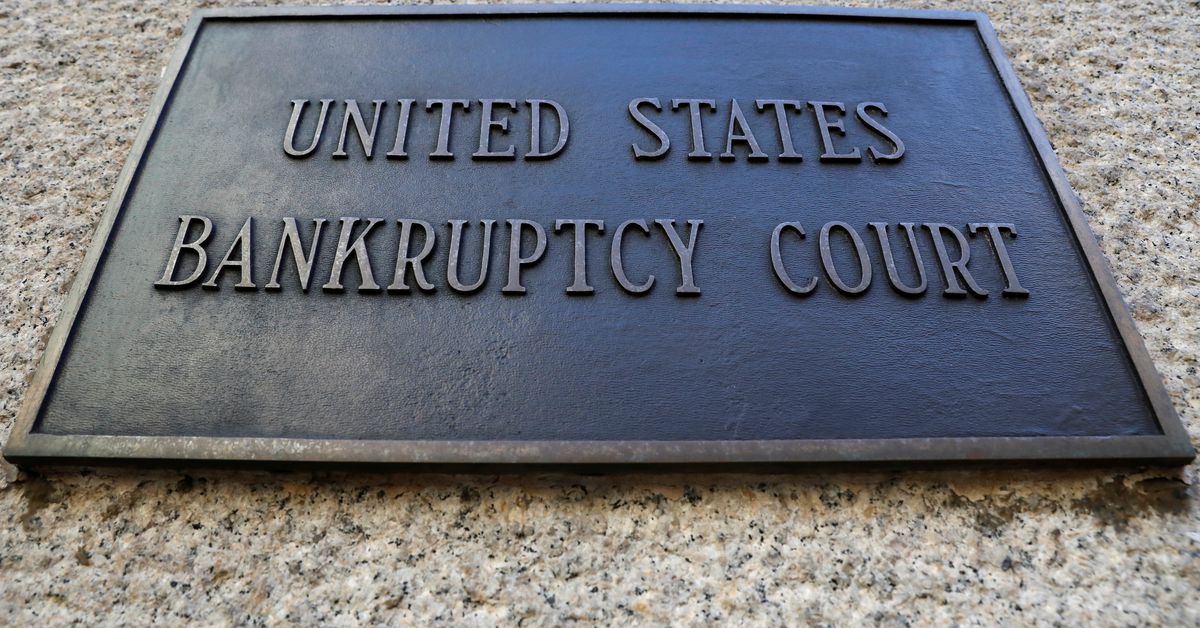 A plaque is displayed at the entrance of the U.S. District Bankruptcy Court for the Southern District of New York in Manhattan, New York, U.S., January 9, 2020. REUTERS/Brendan McDermid

Insurers who could be left footing the bill for personal injury litigation against former talc miner Cyprus Mines Corporation are challenging the company’s proposed candidate to represent future tort claimants.

Cyprus is asking U.S. Bankruptcy Judge Laurie Selber Silverstein in Delaware to approve Roger Frankel as the future claims representative (FCR) in its Chapter 11 case. A status conference on the matter is scheduled for Monday.

The company, represented by Reed Smith, filed for bankruptcy protection in February as part of a settlement with another bankrupt talc company, Imerys Talc America, that had acquired some of its talc-related assets in 1992.

Cyprus is one of the companies that has been sued in recent years by plaintiffs alleging a link between exposure to talc products and certain types of cancer and asbestos-related diseases. As of Feb. 16, the company was facing 436 lawsuits making talc-related personal injury claims, according to court papers.

Frankel has served as the FCR in several other mass tort-related bankruptcies, including the ongoing case of opioid maker Mallinckrodt. But the insurers, which include Continental Casualty Company and Berkshire Hathaway Specialty Insurance Company, among others, say Frankel may not be sufficiently independent and disinterested to fill the role since he was selected by the company’s own lawyers for a position that is inherently adverse to the company.

Cyprus has objected to the insurers’ proposal, saying Frankel is the best fit for the position due to his extensive experience performing the same duties in other bankruptcies. The company, as well as the committee representing existing tort claimants in the bankruptcy, both noted in court papers that Ableman has previously worked for a torts defense firm that has litigated against asbestos and talc claimants.

“The entire premise of the Insurers’ Motion rests on the logical fallacy that any candidate to be a future claimants’ representative who is proposed by a debtor cannot be disinterested, independent, or effective,” the company said in an April 30 court filing.

But the insurers argue that the bankruptcy court should not rely solely on the bankrupt entity to select an FCR in large part because it needs to be completely independent and, in theory, would be an adversary that would litigate “vigorously” on behalf of future claimants.

“It really does corrupt the process,” a lawyer for the insurers, Tancred Schiavoni of O’Melveny & Myers, said on Friday.

A lawyer for Cyprus, Kurt Gwynne of Reed Smith, did not immediately respond to a request for comment.

The bankruptcy arm of the U.S. Department of Justice raised similar concerns at the outset of the Imerys bankruptcy in 2019, when Imerys asked the judge to appoint James Patton of Young Conaway Stargatt & Taylor to the FCR role. The judge overruled the objection and appointed Patton, who is known for his extensive work representing future claimants in mass tort bankruptcies.

Cyprus initially requested that Patton be appointed to the FCR role in its case, but Patton withdrew his candidacy after the U.S. Trustee objected in March.

Before filing for bankruptcy, Cyprus reached a settlement with Imerys whereby it agreed to pay $130 million into Imerys’s trust for personal injury claimants. The deal resolves disputes over insurance policies related to asbestos injury litigation.

The case is In re Cyprus Mines Corporation, U.S. Bankruptcy Court, District of Delaware, No. 21-10398.

For the insurers: Tancred Schiavoni and Janine Panchok-Berry of O’Melveny & Myers and Stamatios Stamoulis of Stamoulis & Weinblatt