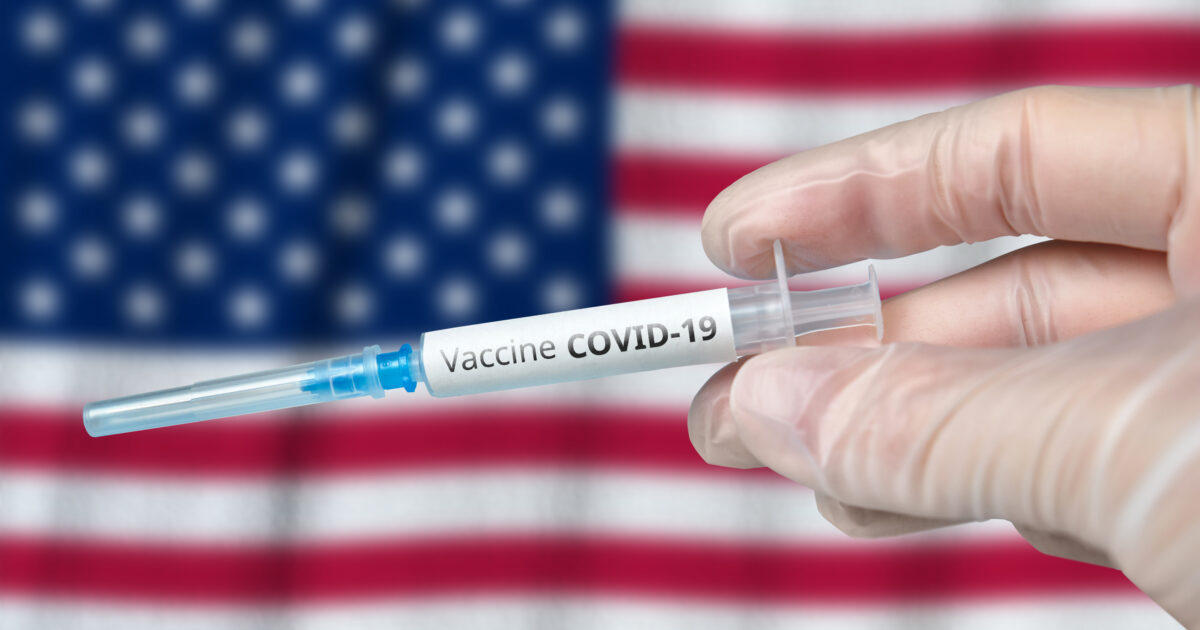 Over the last year, the Covid-19 pandemic has taken hundreds of thousands of lives in the US and around the world. Given the deadliness and contagiousness of the disease, there was a strong case for imposing at least some constraints on liberty to arrest its spread, though it is far from clear that the more severe “lockdown” measures were justified. But the coming of highly effective vaccines has radically transformed the situation. The time has come to free the vaccinated from government-imposed pandemic restrictions on their liberty. Doing so will protect constitutional rights, increase vaccination rates, and eliminate unjust restrictions on liberty.

Recent evidence confirms extensive earlier data showing that vaccination prevents some 95% of all infections (including over 90% of asymptomatic ones), and an even higher percentage of serious illness and death. The evidence also shows that vaccinated people are highly unlikely to spread the disease to others. A person who is not infected by a disease (even asymptomatically) cannot spread it. Thus, a 95% reduction in infection of all kinds also implies a comparable reduction in spread (possibly even greater, since less serious cases may have less viral load).

Vaccines do not provide absolute safety against Covid. But the reduction in both infection and spread is so enormous that they bring Covid risk in line with other risks that we readily accept in “normal” times, without requiring onerous restrictions on liberty to offset it. For example, the rate of death and serious illness among fully vaccinated Americans (132 deaths among over 95 million people, as of April 26), is vastly lower than the death rate caused by an average pre-pandemic flu season (up to about 35,000 deaths in a US population of some 330 million). Even if you think currently available data underestimates the Covid death rate among the vaccinated by a factor of 10, it would still be vastly lower than the death rate caused by the flu.  If the flu doesn’t justify significantly restricting liberty, neither does Covid for the vaccinated.

Before vaccination, those who claimed that Covid-19 was no worse than the flu were spectacularly misguided—at best. For the vaccinated, however, that analogy actually overstates  the remaining risk (both for them, and for those they come in contact with).

In a recent Slate article, legal scholars Kevin Cope and Alexander Stremitzer point out that, in many cases, exemptions for the vaccinated are required by the Constitution:

Here’s why governments may be constitutionally required to provide a vaccine passport program for people under continuing restrictions. Under the U.S. Constitution, the government may not tread on fundamental rights unless the policy is “the least restrictive means” to achieve a “compelling” government interest. Even some rights considered nonfundamental may not be infringed without a rational or non-arbitrary reason. Before vaccines, blanket lockdowns, quarantines, and bans on things like travel, public gatherings, and church attendance were a necessary measure to slow the pandemic. The various legal challenges to these measures mostly failed—rightly, in our view. But now, a small but growing set of the population is fully vaccinated, with high efficacy for preventing transmission and success rates at preventing serious illness close to 99 percent or higher.

Facilitating mass immunity—and exempting the immunized from restrictions—is now both the least liberty-restrictive method for ending the pandemic through herd immunity and the most effective one. Imagine a fully vaccinated person whose livelihood is in jeopardy from ongoing travel or business restrictions. She might go to court and argue: “I present little or no danger to the public. So restricting my freedoms and preventing me from contributing to society and the economy isn’t rational, let alone the least restrictive means of protecting the public. Since you’re not lifting restrictions for everyone, the Constitution requires that I be exempt.”

This argument alone should be enough to justify mandating that passports be made available where COVID restrictions are still in place….

This reasoning should lead to the invalidation of the application of Covid restrictions to the vaccinated in any situation where those measures restrict a right subject to heightened scrutiny, whether it be freedom of speech and assembly, freedom of religion, or the right to travel.  All three have at times been severely constrained during the pandemic, and courts have often upheld the constraints based on the the severe threat posed by Covid. That threat is now vastly reduced by vaccination.

The same reasoning potentially applies to more contestable rights, such as the right to abortion and gun rights under the Second Amendment (both of which have also sometimes been subject to “lockdown” restrictions). If you believe these aren’t “real” constitutional rights (as most liberals do with gun rights and most conservatives with abortion rights), then it may be fine for the government to restrict them without facing more than minimal “rational basis” legal scrutiny (which they would likely pass). But, otherwise, the constitutionality of Covid restrictions on their exercise is undermined by vaccination.

Constitutional rights aside, freeing the vaccinated can actually do more to combat the pandemic than keeping them under restrictions. That is because the promise of liberation from the latter can greatly reduce vaccine hesitancy; and vaccination is by far the best way to stop the spread of the disease.

In a  New York Times article, political scientist Lynn Vavreck describes recent survey evidence showing that a guarantee of freedom from masking requirements would greatly increase vaccine uptake among people who were still unvaccinated as of the time the study was conducted (March 24-April 14). Among the total unvaccinated population, this offer increased willingness from 50% to 63%. There were particularly increases among unvaccinated Republicans (from 35% to 53%), African-Americans (49% to 63%), and independents (43% to 56%).

In this context, it is worth noting that Republicans and (to a lesser degree) African-Americans have higher rates of vaccine hesitancy than the general population. Anything that can increase their uptake could do much to end the pandemic sooner rather than later. And, even from a narrow public-health point of view, the benefits of  increasing the pace and reach of vaccination among hesitant groups easily outweigh the very small benefits of forcing the vaccinated to continue to mask and social distance.

In addition to protecting constitutional rights and increasing vaccination rates, exempting the vaccinated from Covid mandates is also worthwhile because it increases liberty and human happiness. Constant mandatory masking and social distancing is a severe infringement on liberty and a serious impediment to normal human interactions.

I recognize that the extent of the impact varies greatly. Some may well regard it, as fairly minor. I have no quarrel with those who don’t mind wearing masks and find curtailment of in-person activities to be no big deal. But there are many millions of people for whom it is a very big deal indeed. For many of them, even a few additional weeks of it is a severe deprivation, especially coming on top of the prolonged restrictions of the last year. They deserve to have their freedom back sooner, rather than later.

An obvious objection to “vaccine passports” is that it is often difficult to tell the vaccinated apart from the unvaccinated. This is a genuine concern. But the problem is similar to ones that governments and private industry routinely tackle in other contexts. If it is possible for states to provide drivers’ licenses to everyone who passes a road test, it should also be possible to send comparably durable and secure vaccination certificates to all those who have gotten their shots.

At the very least, states and localities that still impose restrictions should allow private businesses to lift them if they devise their own “vaccination passport” regimes that meet some minimal security standard. That would provide strong incentives for innovation on that score. Private firms of many types have extensive experience screening customers for various traits. For reasons well explained by Julian Sanchez of the Cato Institute, private vaccine passports pose fewer risks than ones created by government.

The state of Florida should repeal its law banning private vaccine passports, and other states considering similar measures should reject them. such restrictions threaten individual liberty and property rights, and also risk prolonging the pandemic.

Some private businesses and other institutions may choose to continue masking and social distancing rules for the vaccinated, even after government restrictions are lifted. But the pressure of competition is likely to ensure there will be ample alternatives for those who find such requirements onerous.

There is an ongoing debate over whether some types of Covid restrictions were justified even before vaccination. For example, a growing body of evidence indicates that severe lockdowns may have done far more harm than good. The debate over such issues is likely to continue for some time to come. But it should be possible to reach broader agreement on liberating the vaccinated. It’s a great way to simultaneously protect constitutional rights, reduce vaccine hesitancy, and expand liberty. Hard to do better than that!

UPDATE: I have made a few minor additions to this post.