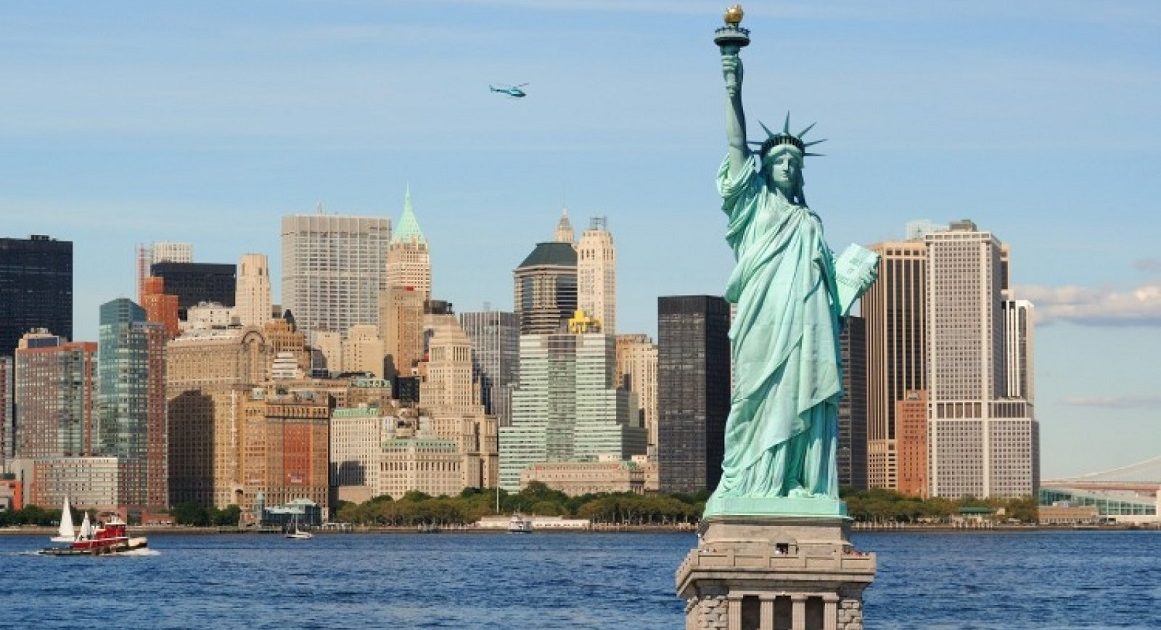 The idea that migrants seek to move to freer societies is far from a new one. In my book Free to Move: Foot Voting, Migration, and Political Freedom, I cite evidence indicating that migrants tend to move to nations with greater economic liberty, and that female migrants often especially prefer those where there is greater equality for women. But I also pointed out that it’s difficult to quantify the extent of the gains in freedom involved, even though in many cases, they are obviously large.

In a just-published short article, Cato Institute immigration scholar David Bier provides some valuable data that quantifies this effect much more fully than any previous analysis.

Using the Cato Institute‐​Fraser Institute Human Freedom Index and the United Nations Population Division’s international migrant stock data, it is possible to estimate that about 187 million people have moved to freer countries than the ones in which they were born. The average immigrant moving to a freer country moved 70 spots up the Human Freedom Index ranking. This is roughly like moving from Libya to Mexico or from Mexico to the United States.

Cuban immigrants have benefited the most from immigration, moving up, on average, 172 spots relative to their birth country, which is about the difference between the United States and Cuba…

As Bier points out the Cato-Fraser Human Freedom Index includes both economic and civil liberties. So it’s a broadly inclusive measure of freedom.

The effect of moving 70 or more spots on this scale is truly enormous. The difference betwen spending your life in Cuba or the United States is the difference between a lifetime of poverty and oppression versus much greater freedom, well-being and happiness for your children. The narrowly “economic” benefits alone are enormous, amounting to roughly a doubling of world GDP if all migration restrictions were dropped. But even that kind of figure falls short of capturing the full benefits, which includes such things as dissenters escaping censorship, ethnic, religious, and racial minorities fleeing persecution, and so on.

Bier does point out that a minority of migrants (about 69 million of the 256 million in the UN data base), actually moved to countries with lower freedom ratings than those they left behind. As he points out, however, many of these are cases where the gap is relatively small, and the migrant in question may have been seeking to avoid oppression targeted at his or her specific group. For example, even if country A is, on average, less free than B, A may provide greater freedom to a particular racial or religious minority which is the object of persecution in B:

Some 69 million immigrants have moved to less free countries than their birthplaces, but these moves are almost always lateral (an average of about 15 spots down versus 70 spots up the rankings), and in almost all cases, these moves are still almost always freedom enhancing for the individual mover. The specific type of freedom that might be most urgently needed may be more relevant to the immigrant than the other types….

This is why even what appears on average to be a net loss in liberty can, given a person’s individual circumstances, be freedom‐​enhancing.

I would add that there is necessarily a good deal of imprecision in data like this. While a gap of 70 spots on the Cato-Fraser Index is likely to capture genuinely large differences between the nations in question, a gap of 15 or fewer may often be primarily just noise in the data. Nonetheless, it would be useful to conduct a closer examination of the minority of migrants (about 27%), who choose societies rated as less free than their countries of origin.

In addition to increasing freedom for migrants, expanding international migration also increases freedom and wealth of natives. I summarize some of the reasons why here.

Perhaps the most common response to arguments that migration increases freedom is the claim that immigration from repressive societies can damage the institutions that ensure freedom in destination countries. Perhaps the immigrants bring with them the harmful values and institutions that ruined their previous homes. In the most dire scenarios, the latter’s institutions can deteriorate to the point where they are no better than the former, thereby “killing the goose that laid the golden egg” that makes a nation attractive to migrants in the first place.

Such concerns should not be lightly dismissed. But, in Chapter 6 of my book, I go through a lot of evidence indicating that they are greatly overblown. Indeed, native nationalists generally pose a greater threat to liberal democratic institutions than immigrants do.

Alex Nowrasteh and Ben Powell’s recently published Wretched Refuse? The Political Economy of Immigration and Institutions is the most thorough analysis yet of the impact of immigration on destination-country institutions. And their conclusions are much the same as mine. In my book, I also address arguments to the effect that migrants have an obligation to stay home and “fix their own countries,” thereby perhaps improving their institutions.

For situations where immigration really does pose an institutional threat, I outline a wide range of “keyhole solutions” that can mitigate the danger by means less draconian (and less costly) than excluding migrants. For example, if (contrary to the evidence) you believe that immigrants might overburden the welfare state, a simple keyhole solution (already embedded in the 1996 welfare reform act) is to limit their access to welfare benefits.

We cannot categorically rule out the possibility that the freedom-enhancing advantages of free migration could sometimes be outweighed by other considerations. But any such considerations would have to be both extremely weighty, and backed by strong evidence showing that there is no way to address them other than by consigning would-be migrants to lives of poverty and oppression.