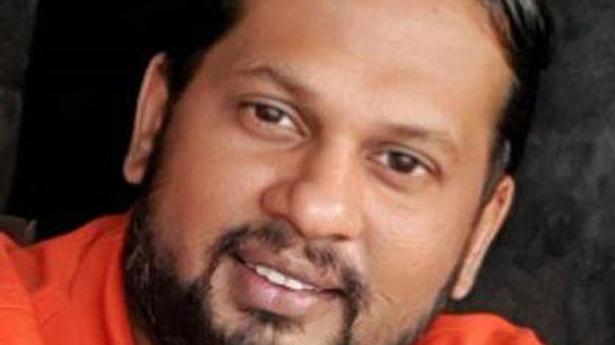 Mr. Hizbullah was arrested on April 14 last year for his alleged involvement in the 2019 Easter suicide bombings that killed 270 people, including 11 Indians.

“In the absence of any credible evidence presented before a court of law, Hejaaz Hizbullah should be released immediately and unconditionally,” said a joint press statement issued by Amnesty International and the other 10 organisations.

Mr. Hizbullah was arrested under the anti-terror PTA law. He was accused of aiding and abetting Inshaf Ahamed, one of the suicide bombers in the Easter attacks, the statement said, noting that the accusation has since been withdrawn.

Since Mr. Hizbullah was taken under detention, “the allegations against him have changed several times and his detention has been extended for over 15 months,” the rights groups said.

The latest allegation on which an indictment was filed against Mr. Hizbullah in the High Court on February 18 is a speech-related offence of “causing communal disharmony”, one of a number of overly broad offences provided under the PTA, they said.

The statement claimed that PTA allows for the prolonged incarceration, based on mere suspicion, of any person who causes or intends to cause commission of acts of violence or religious, racial or communal disharmony or feelings of ill-will or hostility between different communities or racial or religious groups.

“The same provision has been used in the past to prevent and effectively punish the exercise of freedom of expression, particularly by critics of the government, including journalists,” it said.

The rights groups underlined that Mr. Hizbullah is a “vocal critic” of the government and a minority rights advocate in “a climate increasingly hostile to Sri Lanka’s religious and ethnic minorities”.

“Since the Sri Lankan authorities have so far been unable to show any evidence of wrongdoing, it appears he is being targeted solely for exercising his right to freedom of expression,” they said, calling for Hizbullah’s immediate release and for the charges against him to be dropped.

“We are deeply concerned by Sri Lanka’s continuing use of the PTA to enable arbitrary detention, despite commitments made to repeal the Act,” the statement said.

Mr. Hizbullah is one of many people detained for inordinate lengths of time without due process under Lanka’s draconian counterterrorism laws. In a study published in December 2020, the Human Rights Commission of Sri Lanka found that many PTA prisoners were in remand for up to 15 to 20 years, the statement noted.

Nine suicide bombers, belonging to local Islamist extremist group National Thawheed Jamaat linked to ISIS, carried out a series of blasts that tore through three Catholic churches and as many luxury hotels in Lanka, killing over 270 people and injuring more than 500 people on April 21, 2019.

Besides Amnesty International, the other signatories of the joint statement include Human Rights Watch; Article 19; Asian Forum for Human Rights and Development; CIVICUS: World Alliance for Citizen Participation; and Front Line Defenders.