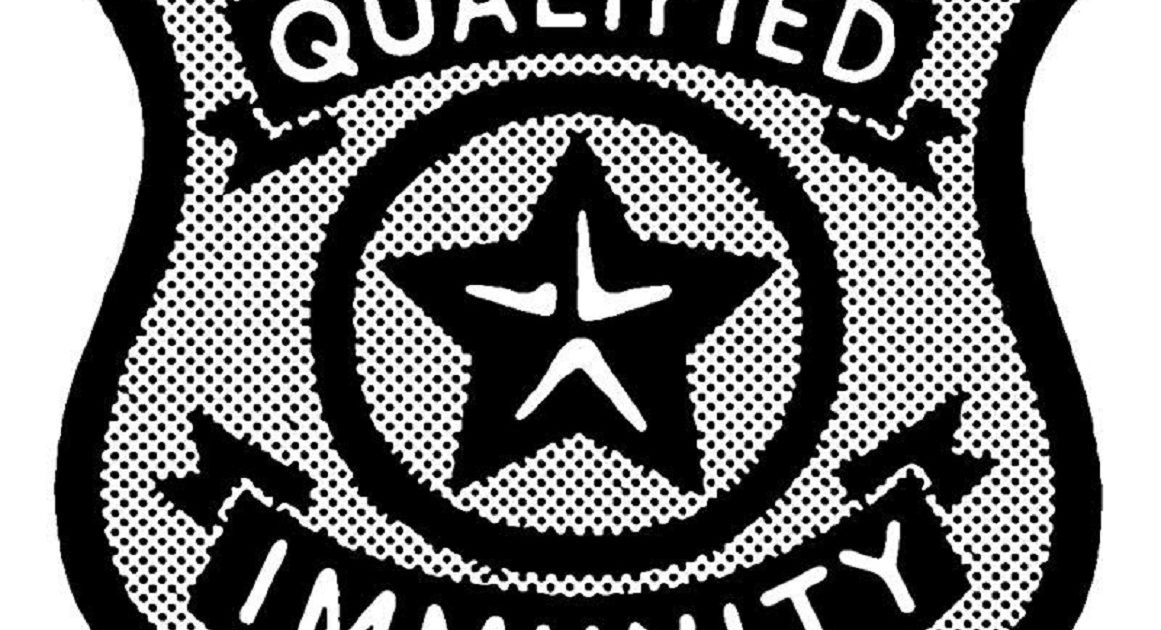 Criminal justice reformers have long advocated abolishing or at least greatly curbing the doctrine of “qualified immunity,” which prevents people from suing government officials (including law enforcement officers) for violating constitutional and other legal rights unless the violation is contrary to “clearly established” law. That latter concept is defined so narrowly, that courts often give law enforcement officers a pass on horrific conduct whose illegality would be blatantly obvious in any other context.

Today, there are important prospects for change. But experts opposed to qualified immunity disagree on the extent to which it is realistic to expect the Supreme Court to abolish or severely limit the doctrine.

In its November ruling in Taylor v. Riojas, the Supreme Court rejected a qualified immunity defense for the first time in years. On February 22, the justices vacated another qualified immunity ruling from the same court (the Fifth Circuit) and instructed the lower court to reconsider the case in light of Taylor. In Tanzin v. Tanvir, issued in December, a unanimous Supreme Court ruled that a group of Muslim plaintiffs could use the Religious Freedom Restoration Act to sue the FBI for money damages for engaging in religion-based discrimination against them. Although not a qualified immunity case, Tanzin perhaps signals an increased willingness to hold law enforcement agents accountable for abusing citizens’ rights.

These developments have led Anya Bidwell and Patrick Jaicomo of the Institute for Justice (a libertarian public interest law firm extensively involved in the effort to abolish qualified immunity), to conclude that the Court may be about to abolish or greatly restrict the doctrine:

Last week, the U.S. Supreme Court provided the most recent signal that it’s rethinking the doctrine of qualified immunity — a rule the Court created in 1982 to shield government workers from constitutional accountability. The case, McCoy v. Alamu, was filed by a Texas prisoner named Prince McCoy. Four years ago, a prison guard pepper-sprayed McCoy for no reason….

Until recently, the Supreme Court was not giving the courts any room to maneuver. In almost every case it considered on the issue of qualified immunity, the high court sided with the lower courts that shielded government officials from accountability and reversed lower courts that demanded it. To the Supreme Court, hypothetical policy concerns — such as the need to protect officials from being distracted by lawsuits — outweighed the need to provide plaintiffs with a legal remedy….

But the Supreme Court may now be entering a new dawn on qualified immunity, and judges of all levels should take notice….

These are still early days in the reconsideration — if not ultimate rejection — of the court-created doctrine of qualified immunity. But at a time when Americans of all philosophical stripes seek greater government accountability, the Supreme Court is stepping up to deliver by reintroducing some common sense to the law.

By contrast, Jay Schweikart of the Cato Institute—who has also been heavily involved in efforts to abolish qualified immunity—is much more pessimistic:

I know and admire Anya and Patrick, and I have great respect for their work challenging qualified immunity, and their advocacy for liberty generally. But their op-ed is profoundly mistaken in its suggestion that the Court is preparing to reconsider qualified immunity. The orders in Taylor and McCoy vacated especially egregious grants of immunity, which does suggest the Justices want to curb the worst excesses of the doctrine. But they also suggest the Supreme Court is not going to take up the larger question of whether qualified immunity itself should be reconsidered. And to suggest otherwise is not just wrong, but counter-productive—raising the false hope that the Court may rescue us from qualified immunity risks distracting Congress from the urgent goal of eliminating the doctrine through legislation…

As compared to the alternative of doing nothing, I’m glad the Supreme Court at least made some effort to curb the worst excesses of the doctrine.

But, as should hopefully be clear by now, the Court [granted, vacated, and remanded] this case [without opinion] instead of reconsidering qualified immunity. The Court had the perfect opportunity to reconsider qualified immunity [in several cases] in June 2020, but turned it down. The Court had another opportunity to reconsider qualified immunity in October, but again turned it down. The Taylor opinion clearly reads to me as the Court’s recognition that the situation has gotten out of hand, and that the Justices would like lower courts to slightly dial back the harshest applications of the “clearly established law” standard. But it is just as clearly an indication that the Court is not going to take up the fundamental question of whether the doctrine itself should be reconsidered….

At this point, the only realistic prospect of actual qualified immunity reform is from legislatures, not the Supreme Court. And indeed, that’s exactly why I find the mistaken conclusion in this op-ed so troubling.

Who is right?  It is too early to tell. Schweikert is correct to point out that the Court’s recent rulings are consistent with an effort to pare back some of the worst excesses of qualified immunity, without disturbing the fundamental premises of the doctrine. But I think he goes too far when he contends that the Court’s failure to do more than that over the last year is an indication that the justices have no desire to go further.

There is a long history of the Court gradually eroding a legal doctrine as a prelude to eventually eliminating it, or at least radically revising it. And such transformations rarely happen all at once. The most famous example is the gradual erosion of legal doctrine upholding “separate but equal” racial discrimination in public education and other settings. Early on, the Court struck down only a few of the most egregious examples of Jim Crow discrimination. It took many years to get to Brown v. Board of Education, and even longer to get to Loving v. Virginia (1967). One can tell a similar story about the gradual erosion and eventual fundamental transformation of legal doctrines in areas such as freedom of speech, privacy rights, property rights, and elsewhere.

Thus, it is entirely possible that the Court will go further, and justices as varied as Clarence Thomas and Sonia Sotomayor have already advocated doing exactly that. Whether they can swing a Supreme Court majority in their favor still remains to be seen.

In the meantime, reform advocates would do well to pursue both litigation and political efforts simultaneously. Schweikert worries that focusing on the former might detract from the latter. But, historically, successful constitutional reform movements have usually relied on a combination of both. Far from being mutually exclusive, the two strategies are actually mutually reinforcing. Victories in court can help galvanize political reform, and vice versa. That’s exactly what happened with the civil rights movement, the women’s rights movement, same-sex marriage, gun rights, and property rights, among other cases.

Even high-profile defeats in court can help attract public attention to an issue. As discussed in my book, The Grasping Hand: Kelo v. City of New London and the Limits of Eminent Domain, defeat in the high-profile Supreme Court decision in Kelo v. City of New London (2005) attracted widespread public attention to the problem of eminent domain abuse, that led to the adoption of reform laws in 45 states. Although many of the new laws were weak, there was still a major net improvement in the situation. The negative political reaction generated by Kelo, in turn might help lead the Court to eventually reverse or limit the decision. Recent progress on asset forfeiture reform has also been achieved through a synergistic combination of litigation and political efforts.

Since the killing of George Floyd and last year’s protest movement attracted new attention to the issue, two states—Colorado and Connecticut—have enacted laws severely limiting qualified immunity for violations of their state constitutions. Similar efforts are under consideration in other states. The House of Representatives recently passed a bill that would abolish qualified immunity for law enforcement officers, though its prospects of getting through the Senate are highly uncertain.

In sum, it may be some time before we know what the Supreme Court is really up to in this field. But even if all it does is incrementally pare back some of the worst abuses, that will still be a valuable gain.  Regardless, reformers should not pursue either litigation or political efforts to the exclusion of the other. Instead, do both.