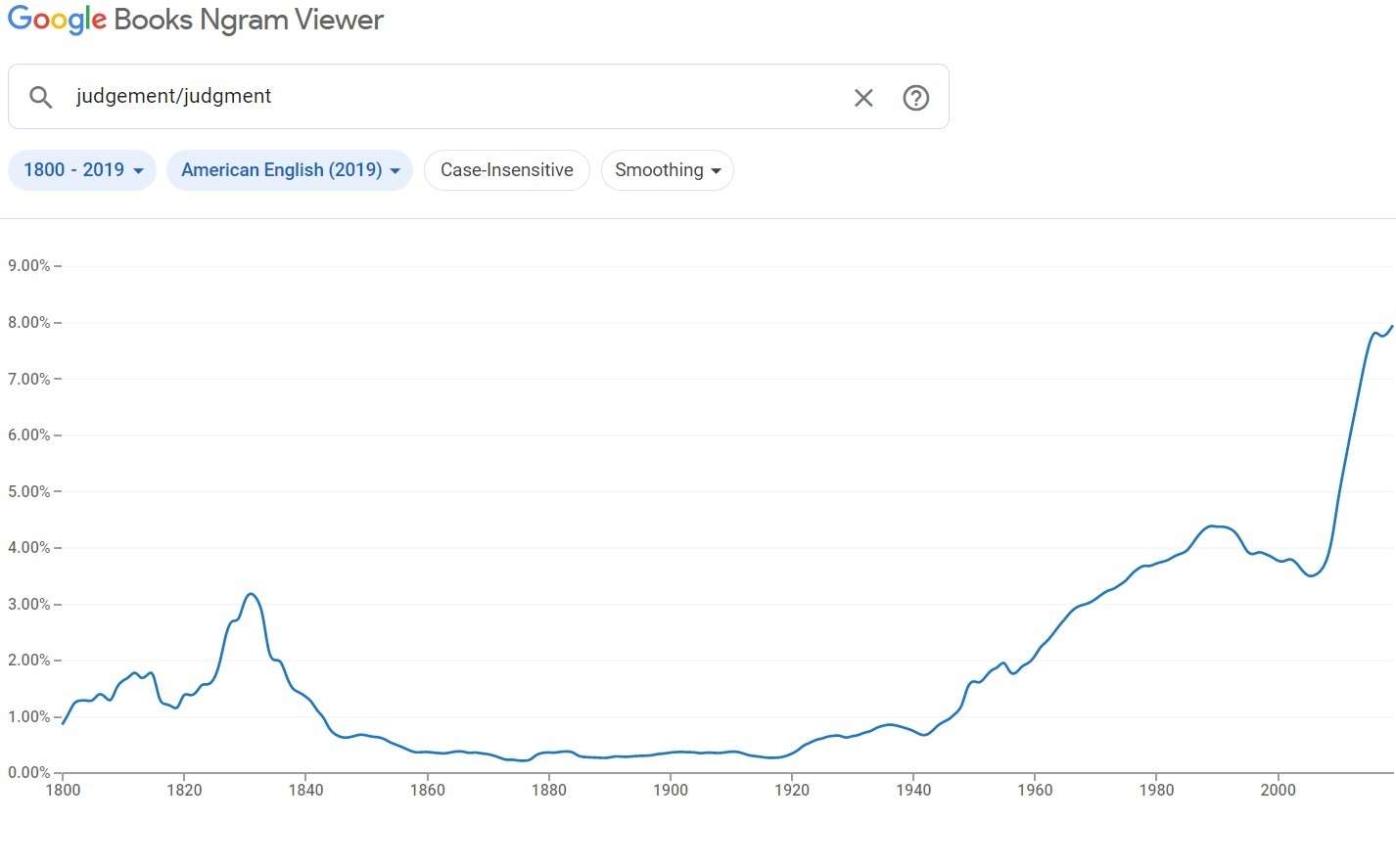 In America, “judgment” remains the sharply dominant spelling, by a factor of more than 10 to 1. The divide was even greater before about 2010:

(The graph shows the ratio of uses of “judgement” divided by the uses of “judgment,” and it’s under 10%.) The divide is likewise stark in American legal sources; a quick Westlaw search over the last week reported 2800 cases mentioning “judgment” and 72 “judgement.”

Curiously, in England, “judgement” has recently become a pretty common variant, being used for a few decades at at least half the rate of “judgment” (so that, of uses of both, a third are with the extra “e”). 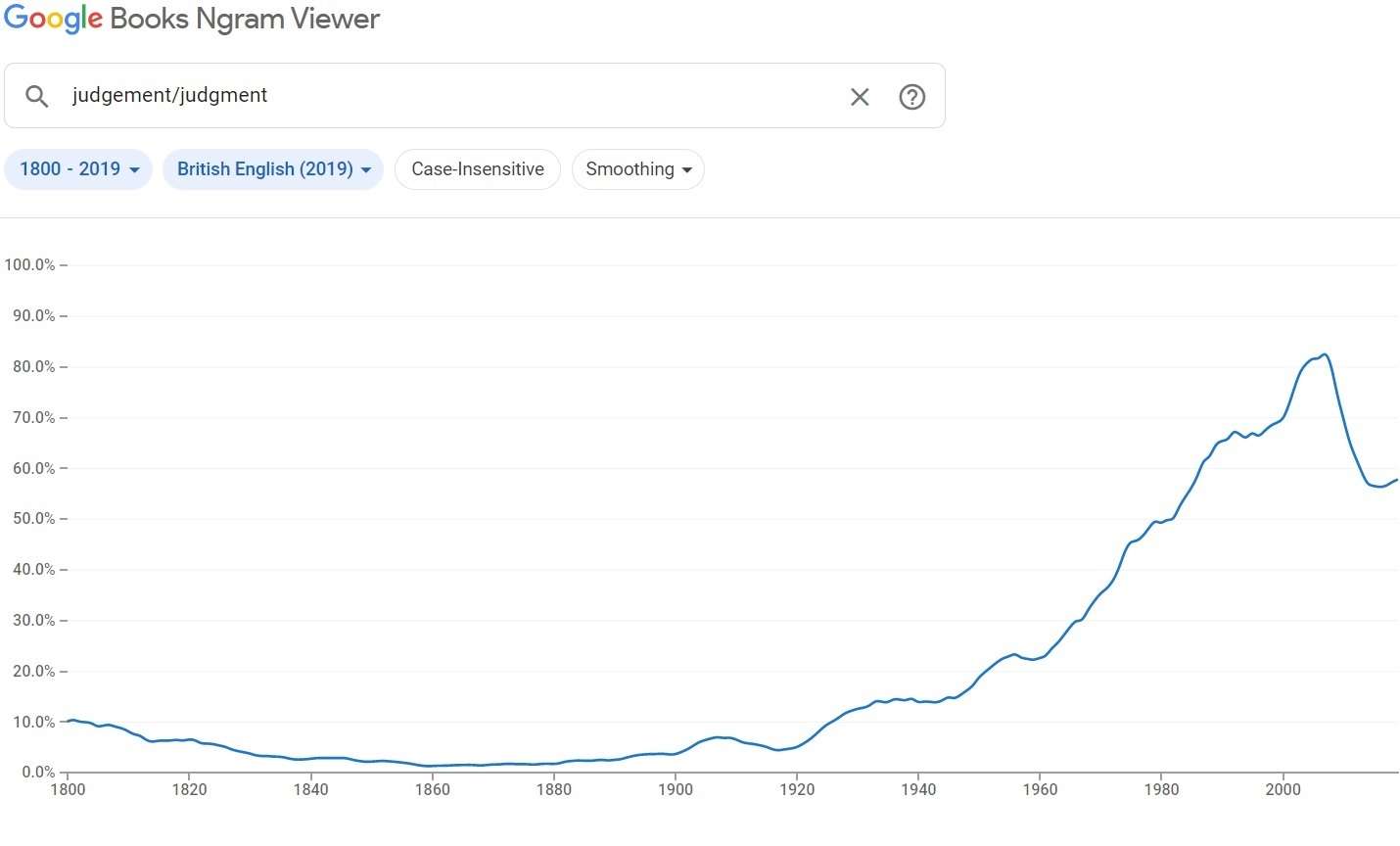 I suspect that makes both standard in normal British English (I can’t speak to British legalese), much as “grey” and “gray” are both standard equivalents. But that’s only in Britain; in America, “judgment,” unusually spelled as it may be, is the dominant form, and using the spelling “judgement” is particularly likely to be seen as a mistake.