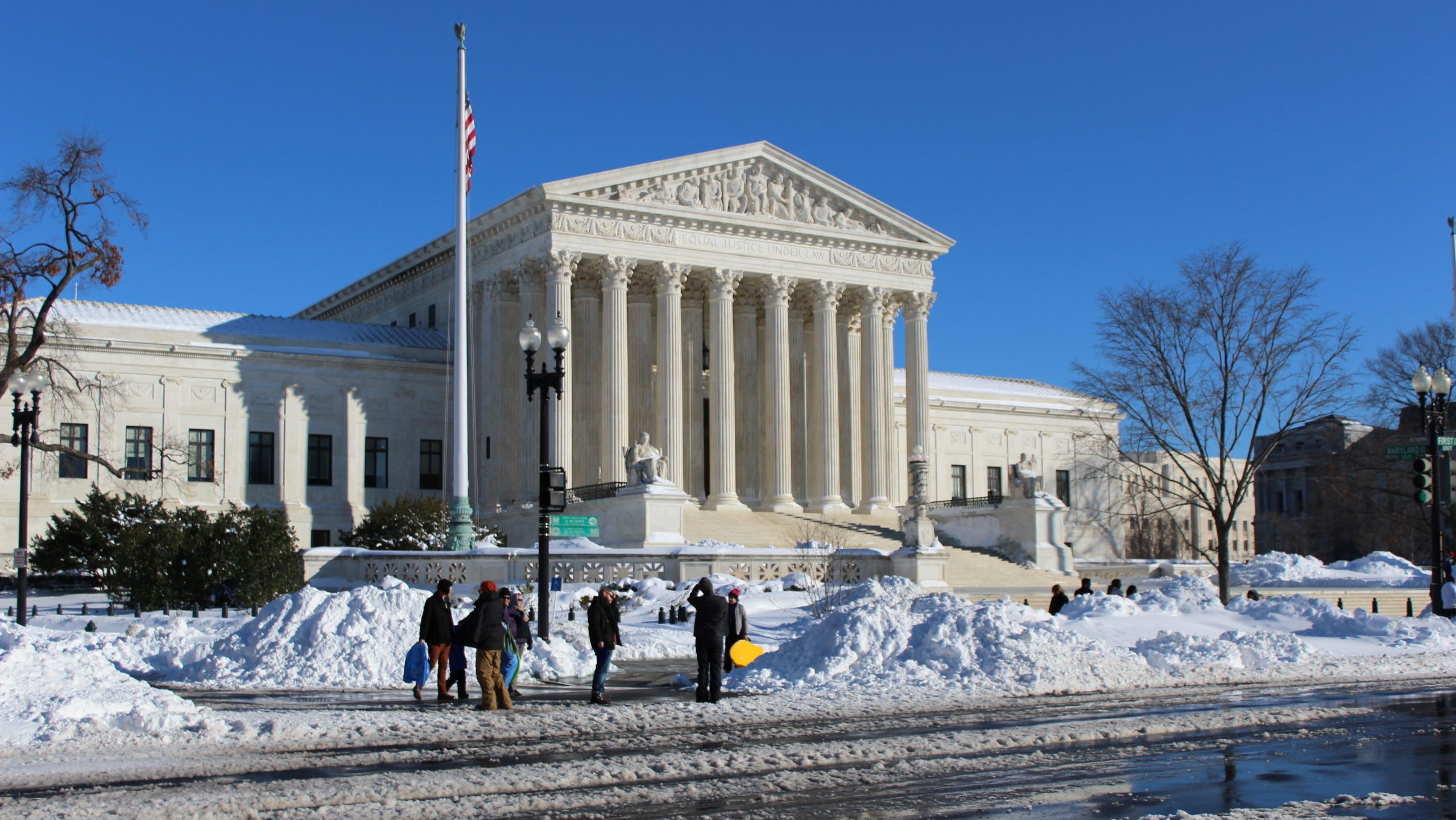 The Supreme Court building after a snowfall in January 2016. (Katie Barlow)

The Supreme Court on Monday released the calendar for its March argument session, scheduling arguments on issues including student-athlete compensation, union organizing, Medicaid work requirements and the seizure of guns from the home of a man believed to be suicidal.

The justices will hear oral argument in seven cases over six days –a lighter load than their average argument session, which often features two arguments per day. And although the March 31 argument in an antitrust clash over compensation for NCAA athletes will likely be closely watched (especially as it will come just three days before the Final Four), the session generally lacks the kind of blockbuster cases that so many argument sessions have contained in recent years.

Here’s the full set of cases scheduled for the March argument session:

United States v. Cooley (Mar. 23): Whether a police officer for a Native American tribe can detain and search a non-tribe member on a road within a reservation for a possible violation of state or federal law.

Caniglia v. Strom (Mar. 24): Challenge to police officers’ warrantless seizure of two handguns from the home of a man they believed to be suicidal, under the “community caretaking” exception to the Fourth Amendment’s general warrant requirement.

Cochran v. Gresham and Arkansas v. Gresham (consolidated for one hour of oral argument on Mar. 29): Challenge to the Trump administration’s approval of Medicaid work requirements in Arkansas and New Hampshire.

Goldman Sachs Group v. Arkansas Teacher Retirement System (Mar. 29): Dispute involving test that district courts should use in determining whether to certify a class of shareholders in lawsuits alleging securities fraud. [Disclosure: Goldstein & Russell, P.C., whose attorneys contribute to SCOTUSblog in various capacities, is among the counsel to the respondents in this case.]

TransUnion LLC v. Ramirez (Mar. 30): Whether either the Constitution or the federal rules governing class actions allow a case alleging a violation of the Fair Credit Reporting Act to go forward when most class members were not harmed at all and any harm that they did suffer was nothing like the lead plaintiff’s.