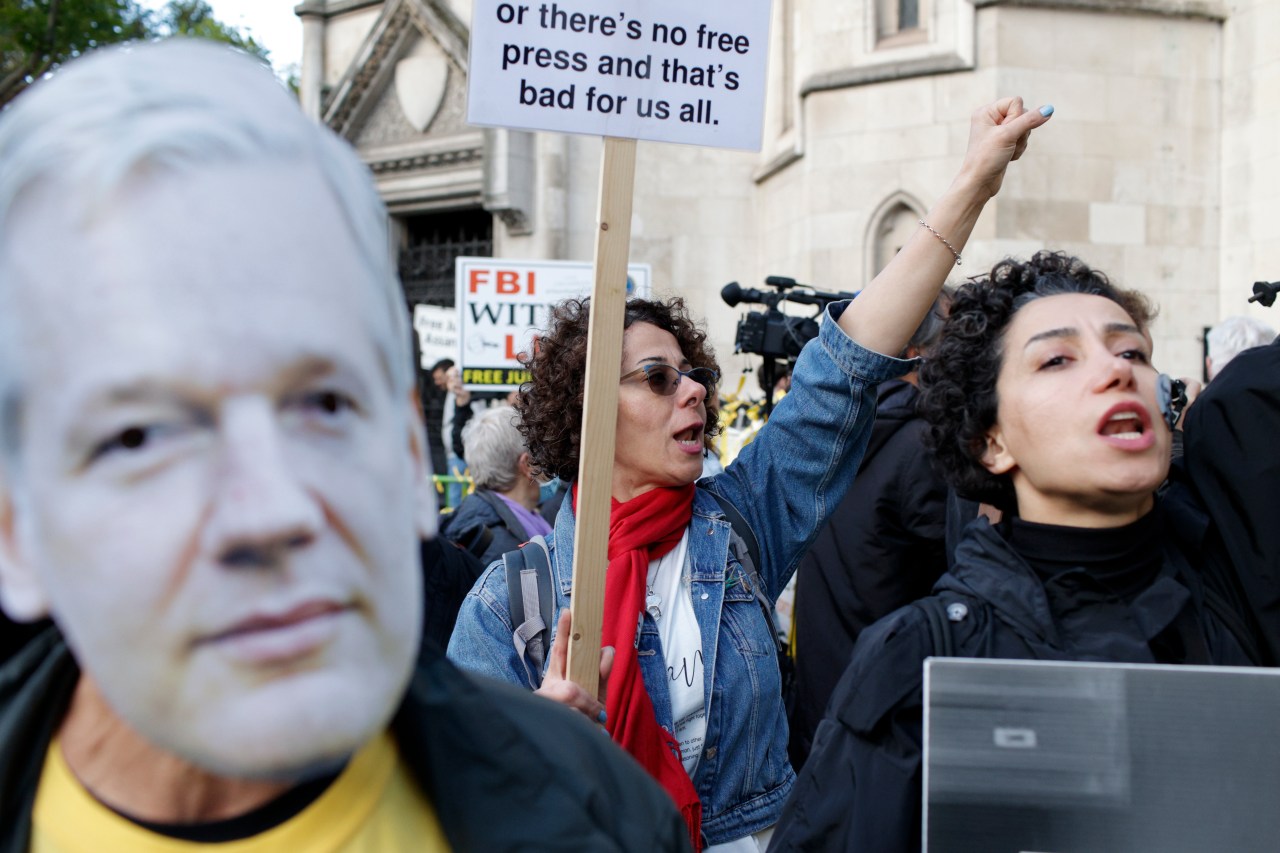 LONDON (AP) — Promises by the U.S. government that WikiLeaks founder Julian Assange would not be subjected to harsh prison conditions if he is extradited to face American justice are not enough to address concerns about his fragile mental health and high risk of suicide, a lawyer defending him argued Thursday.

Assange’s lawyer, Edward Fitzgerald, said the Australian was too mentally ill to be extradited to the United States to face trial on espionage charges, speaking during a two-day hearing at Britain’s High Court.

The United States government is seeking to overturn an earlier ruling by a lower British court that refused a U.S. request to extradite Assange over WikiLeaks’ publication of secret American military documents a decade ago. District Judge Vanessa Baraitser ruled that Assange was likely to kill himself if held under harsh U.S. prison conditions.

On Wednesday, a lawyer for the U.S. government said that American authorities have promised that Assange would not be held before trial in a top-security “Supermax” prison, or subjected to strict isolation conditions. He also said that if convicted, Assange would be allowed to serve his sentence in Australia, his home country.

“It is perfectly reasonable to find it oppressive to extradite a mentally disordered person because his extradition is likely to result in his death,” he said. He added that judges should use their power to “protect people from extradition to a foreign state where we have no control over what will be done to them.”

U.S. prosecutors have indicted Assange on 17 espionage charges and one charge of computer misuse over WikiLeaks’ publication of thousands of leaked military and diplomatic documents. The charges carry a maximum sentence of 175 years in prison.

Assange, 50, is currently being held at London’s high-security Belmarsh Prison. He did not attend the hearing Thursday, although on Wednesday he appeared by video link at times.

Assange’s lawyers argue that he was acting as a journalist and is entitled to First Amendment freedom of speech protections for publishing documents that exposed U.S. military wrongdoing in Iraq and Afghanistan. His supporters also argue the prosecution case was politically motivated.

About 80 supporters staged a noisy rally outside the London court ahead of the hearing, playing music and chanting “Free Julian Assange!”

Jeremy Corbyn, former leader of Britain’s opposition Labour Party, said outside that court that Assange has told the truth about Afghanistan and Iraq, and that he should not be flown to the U.S. “under any circumstances.”

“He has committed no crime and he’s in a maximum security prison … if he moved to the United States, he may well, because of his mental health condition, take his own life,” Corbyn told reporters. “In a different country he would be hailed as a whistleblower who told the truth about the dangers we are all facing, the dangers the whole world is facing.”

The two-day hearing before two judges, including England’s most senior judge Lord Chief Justice Ian Burnett, ends Thursday but a ruling is not expected for weeks. The losing side could seek to appeal to the U.K. Supreme Court.