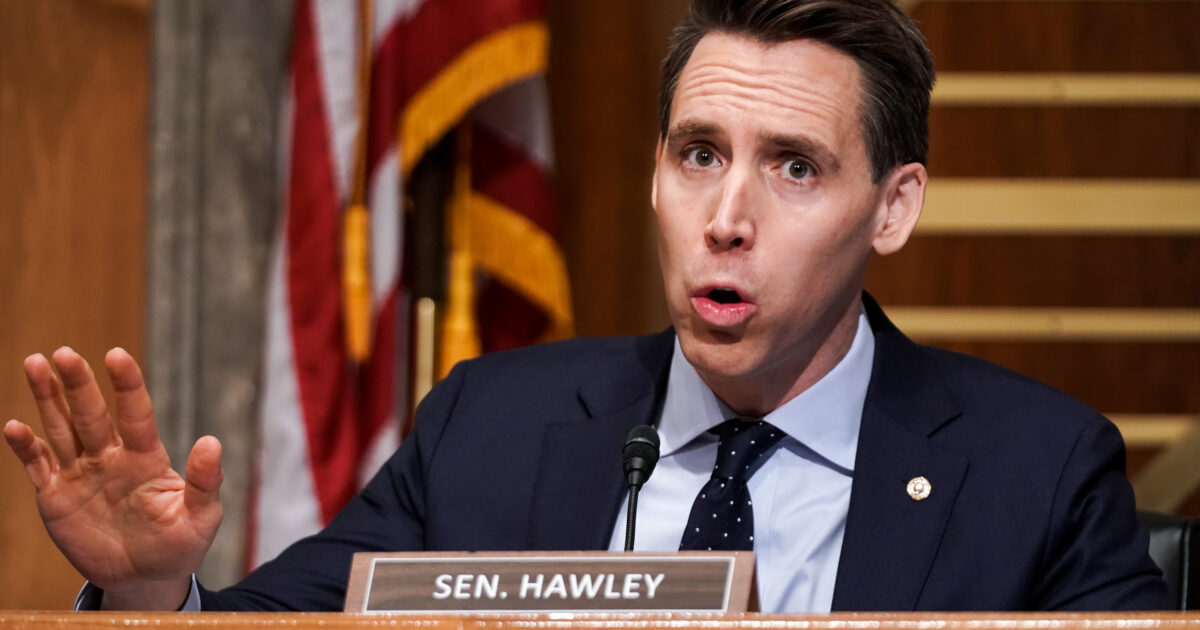 Simon & Schuster recently terminated its contract to publish Republican Sen. Josh Hawley’s book, “The Tyranny of Big Tech,” because of his role in promoting dubious objections to congressional certification of Joe Biden’s victory in the 2020 presidential election. Hawley responded by condemning the decision as “a direct assault on the First Amendment.”

Numerous commentators justifiably derided Hawley’s claim…. Under Supreme Court precedent, Hawley has no constitutional right to force Simon & Schuster to publish his book. Indeed, any such effort would be a violation of the publisher’s own First Amendment rights to refuse to publish authors it disapproves of.

Nonetheless, Hawley’s statement is not simply the result of ignorance. It is rooted in a broader worldview under which government should have vastly expanded power to control the private sector and thereby restrict constitutional rights. That vision is widespread on the right, among “national conservatives.” But it also has close analogues on the left. Both variants are  menaces to liberty….

Hawley and other national conservatives claim that Big Tech firms wield too much influence over the marketplace for political speech, and thus can be pressured into posting material they object to. The government, of course, would have to decide what qualified as appropriate nondiscrimination. This line of argument is similar to progressive claims that the influence of tech firms on political discourse justifies breaking them up (as Sen. Elizabeth Warren and others advocate), or forcing them to exclude political expression governments deem to be inaccurate, “hate speech” or otherwise dangerous. Here too, the government would have to decide what qualified as a firm so big that its influence must be curbed, and what qualified as speech too inaccurate or prejudicial to permit on social media….

In their zeal to counter supposedly dangerous concentrations of corporate influence, both right and left have gone astray. Giving government control over online speech and economic activity does not reduce the concentration of power. It increases it. Instead of a marketplace, however flawed, with competing firms, we end up with a single power center — the federal government — deciding what qualifies as equal treatment of speech (Hawley), what qualifies as misleading or “hate speech” deserving of suppression (the left-wing approach), and which private actors have supposedly excessive influence that must be curbed (both). Moreover, the monopoly regulator in question is far from a neutral umpire. The party in power has obvious incentives to favor its supporters’ speech and repress that of opponents.

Conservatives who are comfortable with their own preferred leaders wielding such vast power should ask themselves whether they have similar faith in President-elect Biden, Vice President-elect Kamala Harris or Sen. Warren.

Progressives should ask themselves how they feel about handing it over to the likes of Hawley.

In other parts of the article, I go on to discuss how the ideas advanced by both Hawley and his counterparts on the left potentially threaten other liberties, not just freedom of speech.

My perspective here is in some ways different from that advanced by co-blogger Eugene Volokh, in his insightful recent New York Times op ed on the same subject. While I don’t agree with some of the moderation and content decisions made by “big tech” firms, I am less concerned about their influence than Eugene is, and possibly more concerned about the dangers of using government regulation to control social media (though I don’t think Eugene actually advocates the latter).

Having gotten death threats on social media, including one from an account later revealed to be that of “pipe bomber” Cesar Sayoc, I am far from an uncritical admirer of all the content on “big tech” sites (though I think they have cracked down on threats of violence more effectively in recent years). But, for reasons spelled out in my op ed, I remain wary of giving government broad power to either restrict or mandate what can appear on social media and other websites.