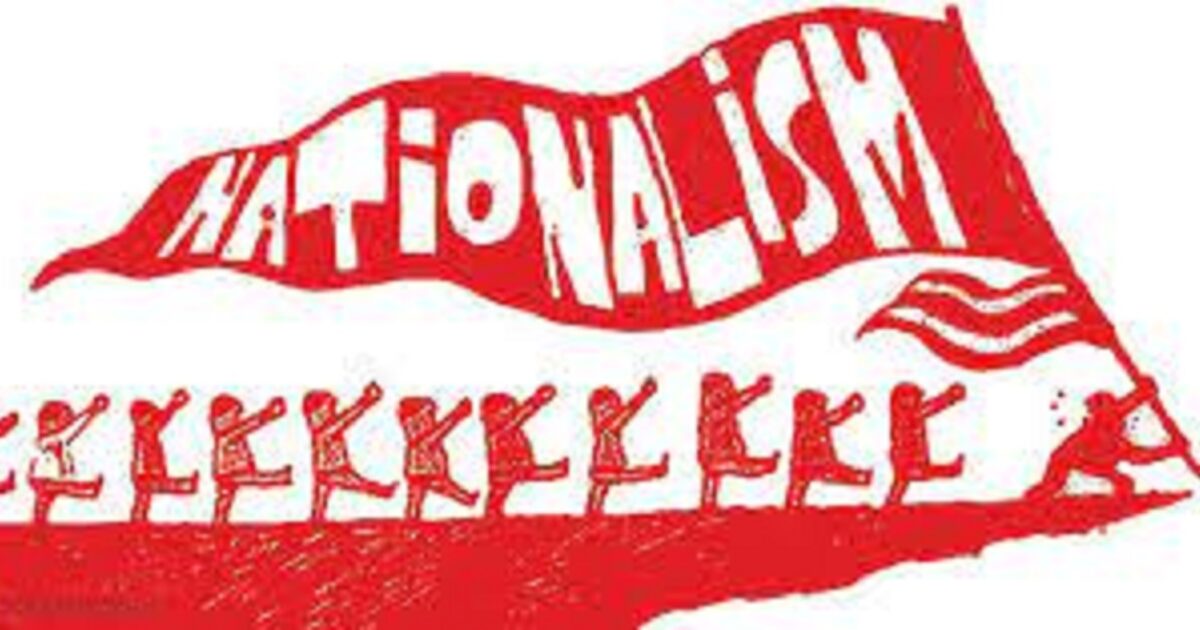 One of the most common justifications for immigration restrictions is the claim that letting in too many of the wrong type of immigrants would undermine liberal democratic institutions. In the worst-case scenario, their flawed culture, values, or political ideologies could “kill the goose that lays the golden eggs” that attracted immigrants in the first place, and turn the receiving nation into a cesspool of despotism. Such concerns should be taken seriously, and I devote a large part of Chapter 6 of my  book Free to Move: Foot Voting, Migration, and Political Freedom to addressing them. Alex Nowrasteh and Benjamin Powell’s just-published Wretched Refuse? The Political Economy of Immigration and Institutions undertakes the same task in much greater depth, and is likely to become the most authoritative treatment of the subject.

But, as Nowrasteh points out in a recent blog post, the focus on immigrants as a threat to American institutions leads many to overlook the much greater danger posed by nativist nationalists —the people most hostile to immigration. Recent events highlight the severity of that threat:

Benjamin Powell and I wrote our book Wretched Refuse? The Political Economy of Immigration and Institutions to address the argument that liberalized immigration will undermine the very American institutions that created economic prosperity that attracted immigrants here in the first place. Immigrants generally come from countries with political, cultural, and economic institutions that are less conducive to economic growth than those in the developed world. The fear is that they’d bring those anti‐​growth institutions with them. Thus, as their argument goes,… immigrants could actually kill the goose that lays the golden eggs.

It’s ironic that the immigration restrictionists most worried about immigrants degrading American institutions are attacking those very institutions at every level. After President Trump lost his reelection bid, the most nativistic members of his party have embarked on a quest to reverse the election. A dozen Republican Senators, mostly those supportive of cutting legal immigration, plan to object to the certification of Biden’s win over Trump. Over 100 representatives could join in too. President Trump cut legal immigration more than any other president and he recently threatened Georgia election officials.

Immigration restrictionists have also attacked the institution of private property. The Trump administration has seized or is trying to seize 5,275 acres of privately owned land to build a border wall, most of it in Texas. Trump even diverted Congressionally appropriated funds from the military to build the border wall….

Many in Trump’s orbit are also conspiracy theorists or work with them at every opportunity. Making up stories to tarnish your opponents and believing in nutty conspiracy theories both break down trust in institutions, which is exactly what some nativists claim immigration does to the United States.

Alex’s post was published on January 5, the day before the attack on the Capitol by pro-Trump rioters. But the events of that awful day further demonstrate his point. While we do not have detailed demographic data on them, it is highly likely that the rioters were overwhelmingly native-born whites—and (much more importantly) strong supporters of Trump’s nationalist, anti-immigration agenda.

Political scientists and survey researchers find that white ethnic nationalism and hostility to immigration are among the strongest predictors of support for Trump and his agenda. Those who fear that immigrants are a menace to American culture and institutions also tend to be most likely to tolerate and make excuse for Trump’s authoritarian tendencies.

Some of the awful events of the last few weeks are the result of Trump’s distinctive personality and behavior, and of idiosyncratic characteristics of the American political system. But many are common characteristics of ethno-nationalist anti-immigration movements around the world. Over the last century, it has been extremely common for nationalist movements hostile to immigrants and ethnic minorities to subvert democratic institutions, often eventually installing brutal dictatorships.

The Nazis are, of course, the most notorious example. But the same was true of other early-20th century fascist movements in Italy, Spain, and elsewhere. More recently, nationalist movements have destroyed or severely undermined democracy in Russia, Turkey, Hungary, Poland, Brazil, the Philippines, India, and elsewhere. In each of these cases, authoritarian nationalists claimed to represent the true will of the people—defined as those of the majority ethnicity, religion, or culture.

Such claims also naturally lead to the idea the election victories by the opposition must be illegitimate, because only the nationalists represent “real” Americans, Hungarians, Russians, Poles, or Indians (defined, again, as members of the majority ethnic or culture group, free of “foreign” influence). Nationalist movements also commonly promote conspiracy theories. If they alone represent the will of the people, any political setbacks must be due to the machinations of  shadowy, nefarious forces, such as foreigners, “globalist” elites, international bankers, Jews, and so on.

The US is not as far-gone as Russia, Hungary and other nations that have succumbed to authoritarian nationalism, and our democratic institutions are (so far) stronger than theirs. But we would be foolish to ignore the parallels between these movements and Trumpism, and even more foolish to ignore the risks of letting such movements grow. Trump and his allies themselves recognize the similarities, and have embraced Orban, Putin, and other similar leaders and movements (including ethno-nationalists in Western Europe), as ideological soulmates.

By contrast with the long record of nationalists subverting democracy, there are no modern instances of a democracy collapsing or even significantly degenerating because of the political influence of immigrants with illiberal ideologies. In their book, Nowrasteh and Powell document how liberal democracies such as the US and Israel have coped well with large-scale immigration from repressive, undemocratic societies. That is partly because most immigrants from such nations don’t actually support the ideologies of the regimes they are fleeing (that is a key reason why many fled in the first place), and partly because liberal societies have strong capacity to absorb and assimilate people.

A more sophisticated variant of the claim that immigrants are a threat to democratic institutions is the idea that the problem is not the immigrants themselves, but rather the political backlash they generate. Excessive immigration, it is said, bolsters the political fortunes of authoritarian nationalists (including Trump!), who in turn undermine democratic institutions when they come to power. Thus, we must restrict immigration to protect ourselves against native nationalists.

One flaw in this argument is that survey data consistently shows that most people in both the US and Europe consistently overestimate the true amount of immigration, and those most opposed to immigration overestimate the most. Given such widespread ignorance, we cannot assume that, say, a 10% reduction in immigration will lead to a parallel reduction in ethno-nationalist sentiment. Indeed, most nationalist voters might not even notice the difference.

It is also worth noting that hostility to immigration among natives often tends to be greatest in parts of the US and other countries that have the fewest immigrants. Indeed, it is striking that anti-immigrant nationalist movements came to power in Hungary and Poland, countries with very few immigrants (no more than 4.6% of the population at any time in the last 30 years, in the case of Hungary; no more than 3% in the case of Poland, and much lower in the last 20 years). This too weakens claims that we can reduce support for illiberal nationalist movements simply by cutting back on immigration at the margin.

Efficacy aside, the idea that we must restrict immigration in order to protect against native-born nationalists is morally perverse. It suggests we severely restrict the liberty and opportunity of innocent people in order to protect against wrongdoing by others. The innocent people in question include natives, as well as potential immigrants, since immigration restrictions also impose severe burdens on many of the former.

The backlash-prevention rationale for immigration restrictions is similar to nineteenth-century claims that we must allow southern whites to impose racial segregation on blacks in order to prevent the former from continuing to engage in violence and otherwise pose an ongoing threat to the Union. And, indeed, immigration restrictions have many similarities to domestic racial segregation, as both impose severe constraints on liberty and opportunity based on arbitrary circumstances of birth, and often based on the desire to maintain the dominance of a given racial or ethnic group.

If we must restrict liberty in order to protect ourselves against illiberal nationalists, the most appropriate people to target should be the nationalists themselves. But I hasten to add that I do not believe the US and other Western nations should actually go down this path, so long as there is any other plausible alternative. There should be a strong presumption against any constraints on civil liberties—even including those of people who have little respect for liberal values, themselves.

We cannot completely rule out the possibility that there are cases where illiberal immigrants pose a threat to democratic institutions. In my book, I describe potential extreme situations where that could be a real threat. But, in the vast majority of cases, the far greater menace to democracy is that posed by nativist nationalism.