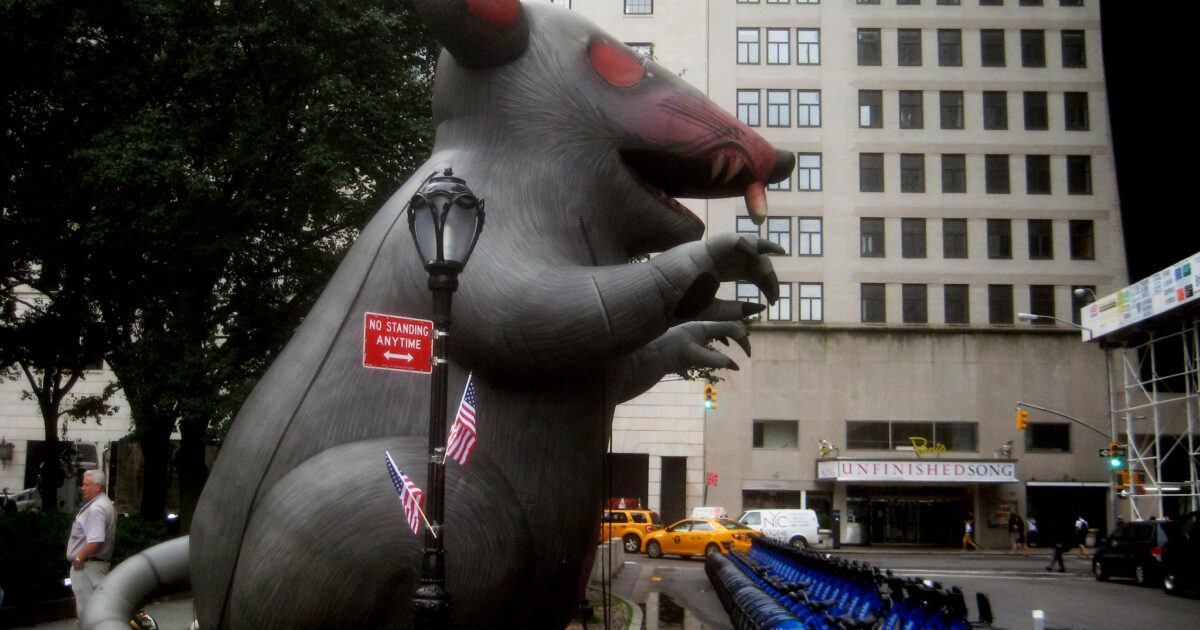 The relevant portion of the NLRA prohibits unions from attempting to threaten or coerce third-parties (e.g. a company’s suppliers or customers) into boycotting a company involved in a labor dispute. Put another way, it bars efforts to coerce others to participate in secondary boycotts. Former NRLB General Counsel Peter Robb had argued that use of “Scabby” crossed the line. The NLRB disagreed.

Chair McFerran wrote a concurring opinion stressing that the decision was dictated by prior Board precedent, which has been sensitive to the First Amendment implications of limiting protests, and has interpreted the relevant NLRA provisions so as to avoid infringing upon constitutionally protected speech.

Congress enacted Section 8(b)(4) to protect neutral employers from being enmeshed in labor disputes not their own. We share our dissenting colleague’s view that the Board must remain committed to the vigorous enforcement of this prohibition, which is vital to achieving one of the Act’s chief goals: safeguarding commerce from disruptions. As important as this protection of neutral employers is, however, the Supreme Court has made clear that enforcement of the Act’s proscriptions of secondary activity can conflict with First Amendment rights. Decades of binding Supreme Court precedent direct us on where the line must be drawn between constitutionally protected persuasion and expressive activity, on the one hand, and threats, coercion, and restraint rightly subject to interdiction. In our view, this precedent compels the conclusion that the rat-and-banner display at issue here does not fall within the ambit of Section 8(b)(4)’s prohibitions. Accordingly, we concur in dismissing the complaint.

Member Emanuel dissented, arguing that the Board should “recalibrate” its caselaw and overturn those precedents requiring the protection of “Scabby.” In his view, inflating Scabby outside the entrance of a neutral employer was “tantamount to picketing” or “coercive nonpicketing conduct” that should be considered a violation of the NLRA.

While there are serious arguments that the First Amendment does not protect all secondary boycott efforts, I think the NLRB reached the correct conclusion here. The Board should err on the side of safe-guarding First Amendment protected speech. Alas, the Board has not consistently taken such an approach, as seen by its decision regarding a humorous tweet by Ben Domenech of The Federalist. Fortunately, the U.S. Court of Appeals for the Third Circuit will have the opportunity to correct that error.

[Note: I corrected the initial paragraph which I garbled when I first posted this.]