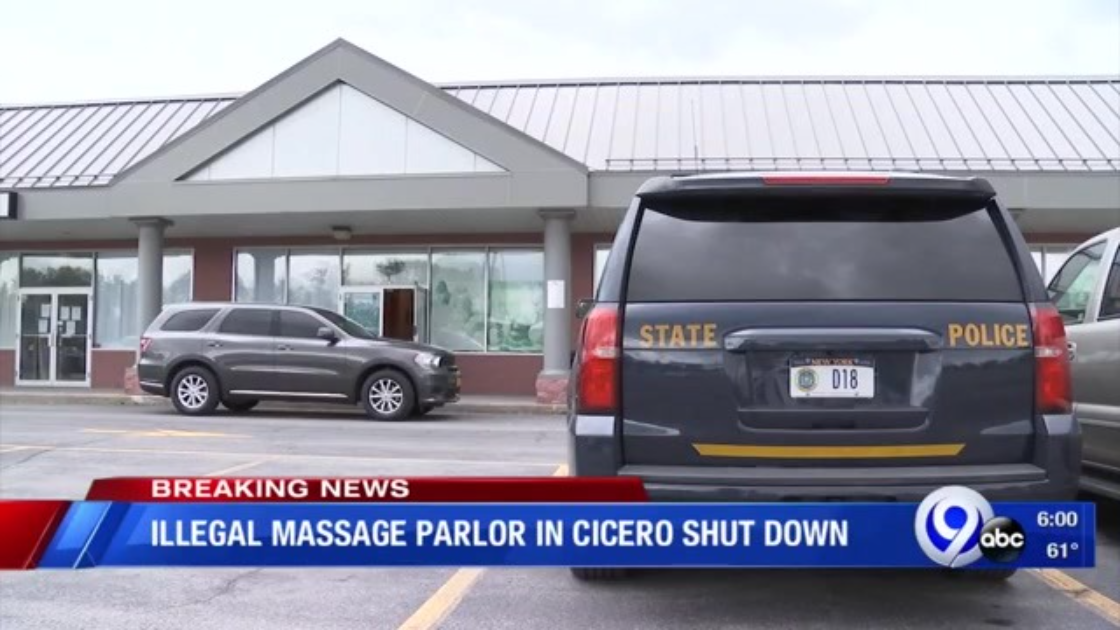 ONONDAGA COUNTY, N.Y. (WSYR-TV) — Onondaga County District Attorney Bill Fitzpatrick says the county’s goal is to stop quality-of-life disruptions to neighborhoods, much like those that led to multiple massage parlors to be shut down due to prostitution.

Neighborhood complaints drove investigations and the shut-down of Lilac Spa across from CNS High School, and the next day, Ming Spa in Solvay due to similar complaints. It is believed that the spas had the same owner.

Fitzpatrick says they’re working to not only shut down the illegal massage parlors, but also protect sex workers, get them into treatment and get enough evidence to persecute sex traffickers.