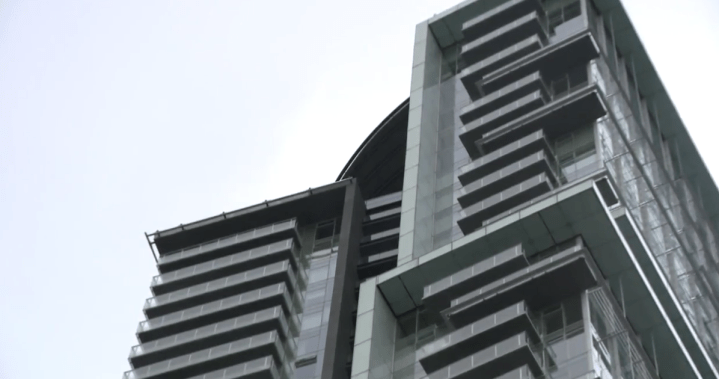 A Vancouver-based criminal lawyer says police have the tools they need to crack down on COVID-19 scofflaws, if they’re willing to use them.

It comes after police issued a $2,500 ticket in fines, but did not gain access to, a downtown Vancouver penthouse allegedly hosting a makeshift nightclub.

Vancouver police said they did not have the authority to enter the unit, and issue the fine to someone who was acting as doorman for the event.

Ravi Hira Q.C. told Global News that if police had wanted to get into the penthouse, they could have applied for and received a tele-warrant in short order, if they had probable grounds to suspect public health orders were being violated.

”The tools are there, they need to be used,” Hira said.

“If you leave public with the impression steps will not be taken to enforce the law, you create disrespect for the law and you will not be able to control the pandemic.”

Vancouver police said they were alerted to the event when someone who was invited called 911 and said there were about 100 people inside.

Police said Saturday’s incident was the fourth complaint about illegal social gatherings at the unit in January alone.

“If you have these multiple complaints, surely doing more involves a rudimentary investigation and the laying of charges, so that people are deterred from putting all of us at unnecessary risk,” Hira said.

Police were granted the power to enforce provincial health orders in August, under the extraordinary powers of the Emergency Program Act.

Social gatherings of any size have been banned province-wide since mid-November.

Vancouver police would not say whether officers requested a warrant to enter the unit, and the department maintains its position officers did not have the authority to enter the premises.

Penthouse owner Mo Movassaghi denies he was running an illegal nightclub, but has refused to say how many people were inside at the time.

Movassaghi has filed a complaint against the VPD.