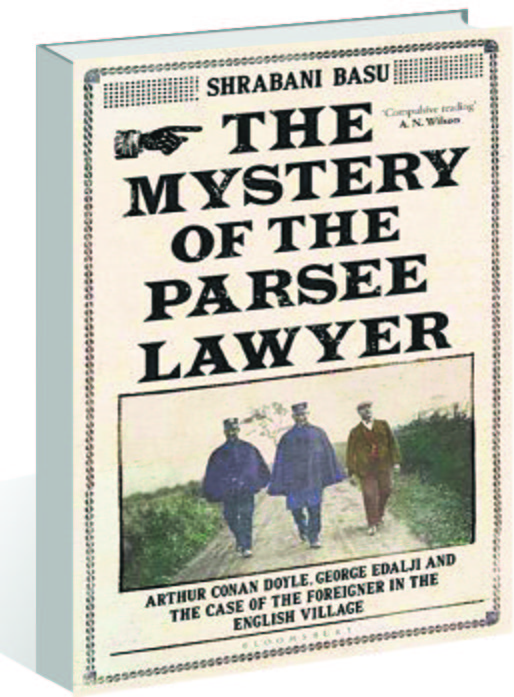 Sir Arthur Conan Doyle (ACD), creator of the famous detective character Sherlock Holmes, would often get letters from those sentenced for various offences seeking help to prove their innocence. He never took these seriously. A letter from George Edalji pleading for his help in a case wherein he’d been wrongly accused of being the ‘Wyrley Ripper,’ however, changed his mind. George, eldest son of Shapurji Edalji, the ‘Hindoo’ vicar of Great Wyrley, had been sentenced to seven years of imprisonment after a flawed trial accused him of brutally killing animals and writing threatening letters. For the first time in his life, ACD decided to wear ‘the deerstalker of his fictional detective’. George had already been in prison for three years when he sought help from the author, whose works he had read while in jail.

ACD’s 18,000-word summary of the case was published in ‘The Daily Telegraph’ in two parts. It charged the authorities, including the Staffordshire police, with racial prejudice, incompetence and deliberate deceit. The articles were widely circulated in Midland papers due to no copyright issue and generated much empathy for the man whose ‘niggardly’ appearance and myopic vision made him an easy target to be blamed for the heinous crimes that had terrorised the peaceful English village and surrounding areas.

In ‘The Mystery of the Parsee Lawyer: Arthur Conan Doyle, George Edalji and The Case of the Foreigner in the English Village’, London-based Shrabani Basu gives an account of the discrimination that the family of Indian Parsee-turned-Christian Shapurji Edalji, the first South Asian to be appointed a vicar in Britain, faced due to the colour of their skin. Shapurji served the church tirelessly for 42 years but a brown man preaching the word of Christ to a white parish didn’t go well with many there. His bulgy-eyed, nondescript solicitor son became the scapegoat for the desperate policemen looking to nab the maniac, whose brutal attacks on animals had been spreading fear among the villagers. The George Edalji case had eventually led to the setting up of the Criminal Appeal Court in 1907, a legacy for future.

The author of works like ‘Victoria & Abdul’ and ‘Spy Princess’ uses hitherto unpublished correspondence between ACD and Staffordshire police chief GA Anson to give a detailed account of the developments in the case. The painstaking research done for the book is evident in the minute details. Giving a peek into the Victorian and Edwardian times, the book takes note of the historical events such as the Boer Wars, the coronation of Queen Victoria, World War I, that went parallel with the lives of this lonely family. The book does justice to the shy ‘brown’ George Edalji, who forever remained a foreigner in the village of his birth.

Biglaw is Designed By Males, For Males…So Why Not Begin Your Personal Agency?