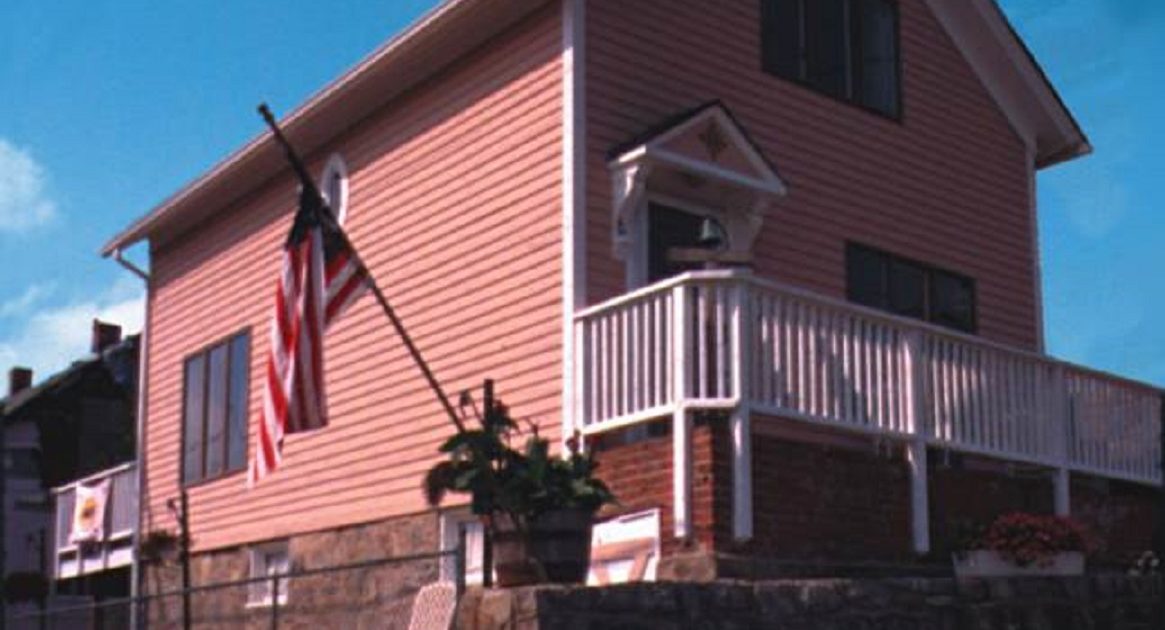 On Friday, the Supreme Court refused to grant the petition for certiorari in Eychaner v. City of Chicago, a case where the plaintiff sought to challenge and overrule Kelo v. City of New London (2005). Kelo is the controversial case in which the Supreme Court held that the government could use eminent domain to take property in order to promote private “economic development.” Although the Fifth Amendment states the the government may only take private property for “public use,” a narrow 5-4 Supreme Court majority built on earlier precedents to rule that virtually any potential public benefit qualifies, and therefore upheld the taking of multiple homes in order to transfer them to a new private owner who was expected to promote “economic development.”

While the Court refused to take Eychaner, three justices—Clarence Thomas, Neil Gorsuch, and Brett Kavanaugh  indicated that they wanted to hear the case. Thomas wrote a strong dissent to denial of certiorari, which Gorsuch joined:

[T]his petition provides us the opportunity to correct the mistake the Court made in Kelo. There, the Court found the Fifth Amendment’s “public use” requirement satisfied when a city transferred land from one private owner to an–other in the name of economic development. See 545 U. S., at 484. That decision was wrong the day it was decided. And it remains wrong today. “Public use” means something more than any conceivable “public purpose.” See id., at 508–511 (THOMAS, J., dissenting). The Constitution’s text, the common-law background, and the early practice of eminent domain all indicate “that the Takings Clause authorizes the taking of property only if the public has a right to employ it, not if the public realizes any conceivable benefit from the taking.” Id., at 507–514; see also id., at 479 (majority opinion) (acknowledging that “many state courts in the mid-19th century endorsed ‘use by the public’ as the proper definition of public use”). Taking land from one private party to give to another rarely will be for “public use…..” The majority in Kelo strayed from the Constitution to diminish the right to be free from private takings.

Thomas’ and Gorsuch’s interest in overruling Kelo is not surprising. Thomas wrote a forceful dissent in Kelo itself; in my view, it was the strongest of the four opinions in the case. We already knew Gorsuch thinks Kelo was wrongly decided because he said so in an e-mail that came out during his Supreme Court confirmation process in 2017.  It is ironic that Donald Trump’s Supreme Court nominee was so strongly opposed to a decision Trump himself often praised.

Kavanaugh’s interest in this issue is more of a surprise. Prior to yesterday, he had never (at least to my knowledge) expressed any position on this issue.

And we know these three are not the only current Supreme Court justices who think Kelo should be reconsidered. Justice Samuel Alito has long held similar views, going back at least as far as his interest in taking the case of Goldstein v. Pataki back in 2008. If Alito chose not to cast the fourth vote necessary to grant the petition for certiorari in Eychaner, it may be because he thought it was a flawed vehicle for the issue.

Reconsidering Kelo is not necessarily the same thing as overruling it. As Thomas points out in his dissent yesterday, Kelo also left us with a doctrinal mess that “makes it difficult to discern public use from private favors.” Although taking a very broad view of what qualifies as “public use,” the majority still indicated that “pretextual” takings intended to benefit a private party are forbidden.

What exactly counts as a “pretextual taking” is an issue that has deeply divided state and lower federal courts ever since. In my book on the Kelo case and in a 2011 article on this topic, I catalogued at least five distinct approaches judges have taken on this question. And things haven’t gotten any less confusing since then. Thus, while Thomas and Gorsuch clearly want to overrule Kelo completely, it’s possible that Alito and Kavanaugh just want to clarify the pretext issue. But even the latter would likely result in giving more bite to the public use requirement, as these justices would probably identify at least some substantial categories of takings as forbidden. And, as a practical matter, I doubt the Court would want to consider this issue merely to reiterate the idea that courts should almost always defer to the government.

Obviously these four aren’t enough to form a majority on the Court. With the exception of Justice Breyer (who joined the Kelo majority) and Justice Sotomayor (who took an ultra-deferential approach to public use issues as a lower court judge), we don’t know much about where the other justices stand on Kelo and public use. But there’s a decent chance at least one of them would be willing to overrule or significantly limit Kelo if the issue came before the Court again. Kelo has many weaknesses, and there are good reasons to reject on both originalist and living-constitution grounds.

In the Conclusion of the my book The Grasping Hand: Kelo v. City of New London and the Limits of Eminent Domain, I noted several reasons why Kelo is more likely to be overruled someday than most prominent Supreme Court decisions. Among other things, it was a close 5-4 ruling, it was (and is) highly unpopular,  it attracted numerous critics from across the political spectrum, and there are several serious flaws in the majority’s reasoning. There are few, if any, other major Supreme Court decisions where the author of the majority opinion (Justice John Paul Stevens) later admitted that his reasoning was based in substantial part on an “embarrassing to acknowledge” misunderstanding of precedent.

It is also notable that Chief Justice John Roberts has taken a strong pro-property rights position in almost every Takings Clause case that has come before him since he joined the Supreme Court, most recently in the important Cedar Point case. That doesn’t automatically mean he will do the same thing in public use cases. The latter raise different issues from cases where the main point of contention is whether a taking occurred in the first place, rather than whether the purpose of the taking qualifies as a public use. But his record here is nonetheless suggestive. While there are some people (particularly on the left) who combine opposition to Kelo with a highly deferential approach to the question of what qualifies as a taking, there are very few who hold the opposite set of views (deferential to the government on public use, but pro-property rights on other takings issues).

None of this necessarily means that the Court will overrule Kelo anytime soon, or even take a case on the issue. But yesterday’s events suggest that the odds of getting Kelo reversed or significantly limited are good enough that property rights advocates should redouble their efforts to find another vehicle to bring the question of the meaning of “public use” back before the Court. Good things might come to those who don’t wait too long!