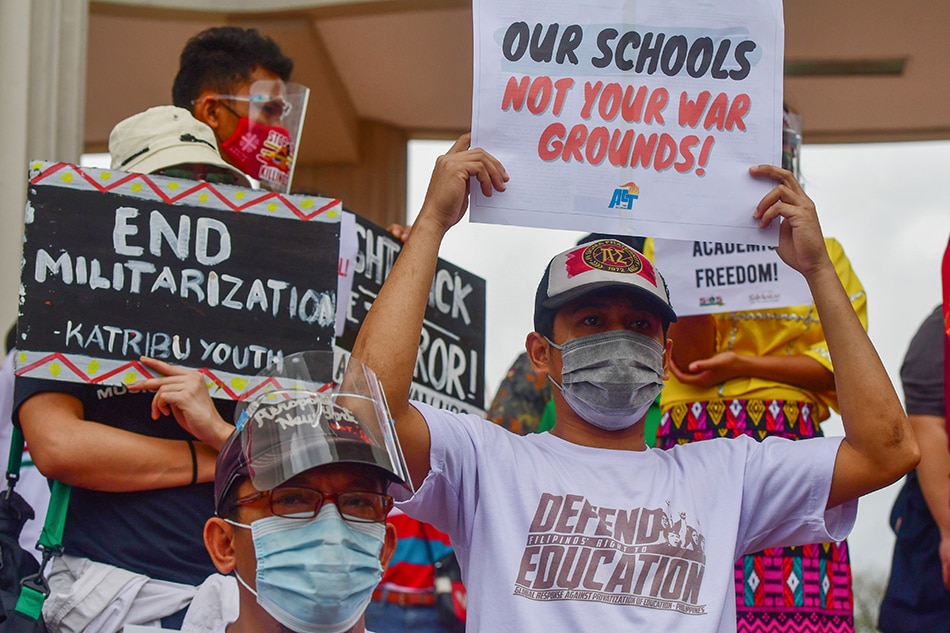 MANILA – The unilateral abrogation of the defense ministry’s pact with the University of the Philippine (UP) on the entry of state forces into campus grounds has become a legal question on whether it is valid or not, a faculty member said Wednesday.

“Since the agreement has been abrogated on the end of DND (Department of National Defense), unfortunately now, it becomes a legal question to be decided by someone outside of the parties,” lawyer Theodore Te of the UP College of Law told ANC.

In the absence of a provision regarding the pretermination of the 1989 Soto-Enrile agreement, the former Supreme Court spokesperson said the 2 parties should be bound to perform obligations under the mutuality principle.

“My opinion here, based on that is that it can’t be abrogated by one side. But again, unfortunately, action was taken by the DND unilaterally,” he said.

He added, “It now becomes a legal question on whether it was appropriate or not, unless the DND reconsiders and it says it will reinstate the accord.”

One of the options UP can take is go to court to question DND’s decision, Te said.

The state university can also ask Congress to legislate the terms of the pact, which prohibits military and police forces to operate inside any UP campus, he said.

“To legislate it to the UP charter or Republic Act 9500. In that charter, it instills certain principles that would govern the relationship of UP to the state and to the public at large. That charter would define how UP would proceed,” he added.

Should the termination of pact succeed, Te expressed concern about the presence of state forces inside the campus.

Defense Secretary Delfin Lorenzana last week unilaterally junked the 1989 accord over allegation UP had become a breeding ground for communists.

UP President Danilo Concepcion has urged Lorenzana to reconsider the “totally unnecessary and unwarranted” termination of the agreement.

He added that the university regrets DND’s move to abrogate the accord “without the prior consultation that would have addressed the concerns you raised in your letter.”

“Instead of instilling confidence in our police and military, your decision can only sow more confusion and mistrust, given that you have not specified what it is that you exactly aim to do or put in place in lieu of the protections and courtesies afforded by the agreement,” Concepcion said in a statement.

Killware: The New Cyber Menace And What It Could Imply For Information Breach And...